The Coronavirus is presenting many challenges, risks and worries across the world.

Safespots recognises the risks that self isolation poses to victims of domestic abuse and lock down is an incredibly concerning time for many in our community.

At Safespots, we remain committed to providing support to victims of abuse by working remotely. Please call 07873 889637 should you require assistance during this time.

Updates will be made via our facebook and twitter accounts and we ask that if you have symptoms of the Coronavirus that you contact the NHS immediately on 111.

This is an incredibly difficult time but we want to assure you that we will continue to offer support to those who need it to the best of our ability.

FGM In The News

If you or someone you know is affected by the issues in this article then please get in touch with the team at Safespots for support.

FGM has featured prominently in the news this month, but what is it and why is it hitting the news?

Female Genital Mutilation (FGM) is a collective term for a range of procedures which involve partial or total removal of the external female genitalia for non-medical reasons. It is sometimes referred to as female circumcision, or female genital cutting. The practice is medically unnecessary, is extremely painful and has serious health consequences, both at the time when the mutilation is carried out, and in later life.

FGM has been classified by the World Health Organization (WHO) into four major types, all of which may be relevant to the offences arising under the FGM Act 2003:

FGM is mostly carried out- without anaesthetic- on girls between infancy and age 15. It is thought, according to the United Nations, that 200 million women and girls alive today have undergone some form of FGM.

The causes of female genital mutilation include a mix of cultural, religious and social factors within families and communities. It is often associated with cultural ideals of femininity and modesty, but ultimately, it is a way to control girls and women’s sexuality.

According to the World Health Organisation it can cause short term affects such as severe bleeding and problems urinating, while in the long term effects include cysts, infections, complications in childbirth and newborn deaths.

FGM has been illegal in the United Kingdom since 1985, however until this month there had never been a successful prosecution in the UK.

On February 1st a 37 year old Ugandan mother from East London was found guilty at the Old Bailey of the Genital Mutilation of her three year old, a crime that carries a prison sentence of up to 14 years.

It is only the fourth FGM prosecution brought to court in the UK. The previous cases led to acquittals.

FGM campaigner Aneeta Prem, from Freedom Charity, told the BBC convictions were hard to secure because cuttings were “hidden in secrecy”.

Just over a week after the historical legal case FGM hit the headlines again, this time when MP Chris Chope, who gained infamy after previously halting a bill to make upskirting a criminal offence, blocked a planned law protecting children from FGM by shouting “object!” when the bill was presented on Friday to the Commons for its second reading. The FGM proposal, called the Children Act 1989 (amendment – female genital mutilation) bill, is intended to improve the 2003 law that prohibited the practice by allowing family courts to make interim care orders about children deemed at risk, simplifying the process. Chope claims that while he might support the intent of such bills, he disagrees with the way laws are passed. Chope has obstructed a series of Bills in this way, including one to allow a women’s conference to be held in the house of commons. The move has been described by the MP who proposed the Bill as “appalling”.

The team at Wythenshawe Safespots works closely with other organisations across Manchester to support girls at risk of FGM. Please get in touch if you are affected by the this, or any other form of abuse or so called honour based violence. 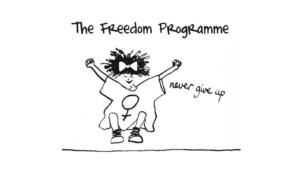 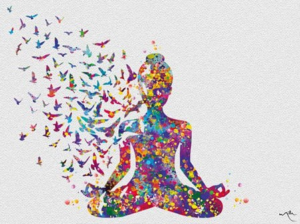 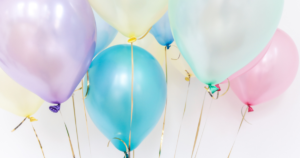 Have a Safe and Peaceful Festive Period

If you are a woman in immediate danger
please call 999

Click here to learn how to load the site in private mode and delete your history.

PLEASE READ OUR SECTION ON STAYING SAFE ONLINE TO LEARN MORE ABOUT HOW TO DELETE YOUR BROWSER HISTORY. YOU CAN EXIT THIS SITE AT ANYTIME BY CLICKING THE CLOSE SITE TAB.